Faster than their shadows

China is leading in designing experiences at a scale and level of sophistication that astounds. 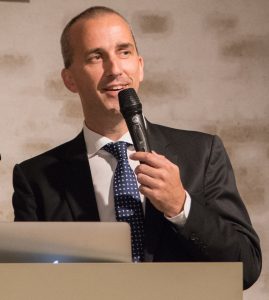 When reading this title, you may have thought that we had started a publishing house, rest assured, we haven’t (at least not yet…). Not long ago, when I was sorting through my old comic book collection, I stumbled upon Lucky Luke – the famous free-spirited gunslinger created by Belgian cartoonist Morris. It may seem a bit far-fetched to some of you, but ‘the man who shoots faster than his shadow’ instantly reminded me of China: a country that is truly developing faster than its shadow…

It’s amazing to see how fast things change in China. Recently I talked to a Belgian businessman who lived in China as an expat in the period between 2011 and 2014, but hasn’t been back there since. I warned him that, if he decides to travel back to China soon, he will be surprised. So much has happened since 2014: the dominance of e-commerce and social media in China, the emergence of cross-border e-commerce, the escalation of mobile payments, the explosion of bike sharing, the disappearance of Uber, the growing self-consciousness of Chinese companies and consumers, the increasing power of the Chinese president, and so on. In a period of less than 4 years, living and doing business in China has changed so much.

I have been traveling to China since 1999 – with on average one trip every two to three months – and I read a lot about China. I consider myself a privileged witness of China’s transformation and am deeply impressed by the can-do spirit of many Chinese people, especially the younger generations. However, I must confess that even for me it is sometimes difficult to keep up with China’s speed of development and stay up to date with start-ups or new trends.

If such changes would occur in the Western world, (for example in my home country Belgium) it would create major upsets and even protests. Western people don’t like change and prefer to stay in their comfort zone. But how come these new disruptive developments mostly happen in China?

First, China has a tradition of ‘leapfrogging’. In the Western world we are used to step-by-step developments. It took us 3 decades to develop from a period with only fixed phones and no computers to today, where everybody owns a laptop computer and smartphone. The banking system developed accordingly, Western people slowly and reluctantly accepted online banking and recently also mobile banking. Many of us have a Facebook account, but due to privacy concerns we are unwilling to link our private bank account to our Facebook profile.

On the contrary, in China this development only took a very short period. Just a few years ago many young Chinese people had nothing at all, then suddenly, they were able to afford a smartphone. Abruptly a new world opened up to them and they didn’t think twice before connecting their personal bank account to their WeChat account or use mobile payments (they never had any credit cards in the first place). Consumers in China embrace technology much faster than their counterparts in other parts of the world.

Additionally – and this may come as a surprise to many foreigners – many Chinese companies are granted a lot of regulatory freedom by the Chinese government, creating abundant opportunities for the introduction of new apps and disruptive businesses, such as bike-sharing. You can imagine my frustration when I see that in my home country it takes much longer before anything changes, or before governments or established legacy institutions or consumers allow changes to happen or new technologies to enter.

By the way, in order to come full circle, if indeed we compare China to Lucky Luke, who is then Jolly Jumper, also called ‘the smartest horse in the world’, and who would be Ratanplan, also called ‘the stupidest dog in the universe’?

Want to learn more about innovation in China